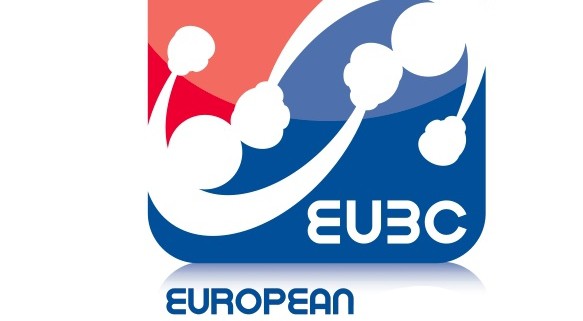 Eindhoven – The Eindhoven Box Cup is one of the most developing elite competitions in the European continent which was held in the Netherlands in the recent days. Netherlands’ biggest star Rio 2016 Olympic Games silver medallist and EUBC European Women’s Champion Nouchka Fontijn dominated her fights in Eindhoven.

France’s lone gold medal in the whole Eindhoven Box Cup was delivered by 19-year-old Gloria D’Almeida who had a successful youth career and she continued her strong international results among the elite boxers as well. D’Almeida, who was born in Togo, defeated Russia’s National Champion Ekaterina Pinigina in the final of the women’s light flyweight (48kg) which was a surprise in the event.

Netherlands’ Jemyma Betrian has been preparing to the AIBA Women’s World Boxing Championships where she will be making her debut in that level. The new Dutch featherweight (57kg) hope eliminated Russia’s European Games bronze medallist Saiana Sagataeva and Belgium’s Bianca Ciccarelli during her road to the title.

Switzerland’s veteran Sandra Brugger used up all of her experiences in the final of the lightweight (60kg) and she was able to beat France’s EUBC European Women’s Youth Champion 19-year-old Fatia Benmessahel. Denmark’s No.1 Yvonne Baek Rasmussen won her next title and defeated Netherlands’ best boxers at the light welterweight (64kg) such as Myrea Van den Ijssel and EUBC European Women’s Youth Champion Chelsey Heijnen.

Netherlands’ and Europe’s best female boxer Nouchka Fontijn attended at the light heavyweight (81kg) in the Eindhoven Box Cup not in her regular middleweight (75kg). The Rio 2016 Olympic Games silver medallist Dutch star demonstrated her power against Russian opponents such as Liubov Yusupova and Anna Gladkikh and as expected she won her bouts by large margin of differences.

The first gold medal in the men’s part of the Eindhoven Box Cup was achieved by England’s Hamza Mahmood who defeated Mongolia’s Gandulam Mungun-Erdene in the final of the flyweight (52kg). England’s second title was taken by a newcomer in the international stage George Davey who triumphed over Netherlands’ young hope Sammy Wagensveld.

A developing European boxing nation Belgium claimed two gold medals in the men’s part of the Eindhoven Box Cup, firstly Sezai Buruklar has done a small surprise when he defeated Mongolia’s Tsagaanbaatar Munkhbaatar at the bantamweight (56kg). Secondly their 20-year-old Nabil Messaoudi was too strong for Germany’s Daniel Meyer at the welterweight (69kg).

Ireland’s AIBA Youth World Boxing Championships bronze medallist 19-year-old Gabriel Dossen used his longer hands to beat Netherlands’ No.1 Max Van der Pas in the final of the middleweight (75kg) which was a surprise in Eindhoven. The next Irish sensation was delivered by Tony Brown who eliminated Netherlands’ Rio 2016 Olympian Peter Mullenberg in the semi-final and continued his winning path against France’s Seydi Coupe in the final of the heavyweight (91kg).

Netherlands’ promising boxer at the light heavyweight (81kg) Artjom Kasparian was impressive in the whole competition and he was in different level than his teammate Rick De Nooijer in the final. Netherlands’ second gold medal in the men’s part of the Eindhoven Box Cup was acquired by Stanley Koemans at the super heavyweight (+91kg) who attended already in three different EUBC Championships during his career.

This site uses cookies. By continuing to browse the site, you are agreeing to our use of cookies.